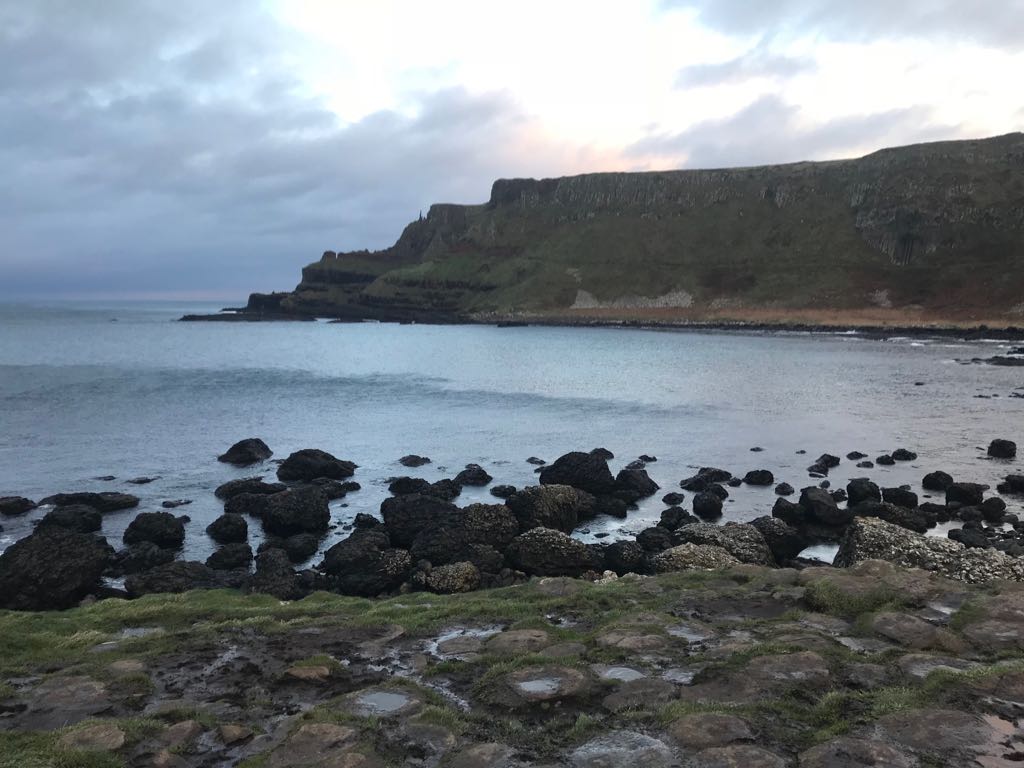 Well, there are two lines of thought on that one. The first involves a certain giant by the name of Finn McCool (also known as Fionn mac Cumhaill).

Finn is having trouble with someone across the water. The Scottish giant Benandonner is threatening Ireland. An enraged Finn grabs chunks of the Antrim coast and throws them into the sea. The rock forms a path for Finn to follow and teach Benandonner a lesson.

Bad idea – Benandonner is terrifyingly massive. Finn beats a hasty retreat, followed by the giant, only to be saved by our hero’s quick-thinking wife who disguised him as a baby. The angry Scot saw the baby and decided if the child was that big, the daddy must be really huge.

For Eleanor Killough, a guide at the new state-of-the-art visitor centre, the Finn story holds water: “Of course it was Finn McCool! That’s what we the locals believe anyway.

“We give our visitors the two sides of the coin – the stories and the science and let them decide, but most visitors leave believing this place is an ancient home of a mighty giant.”

As Eleanor says, though, there are two sides to the story