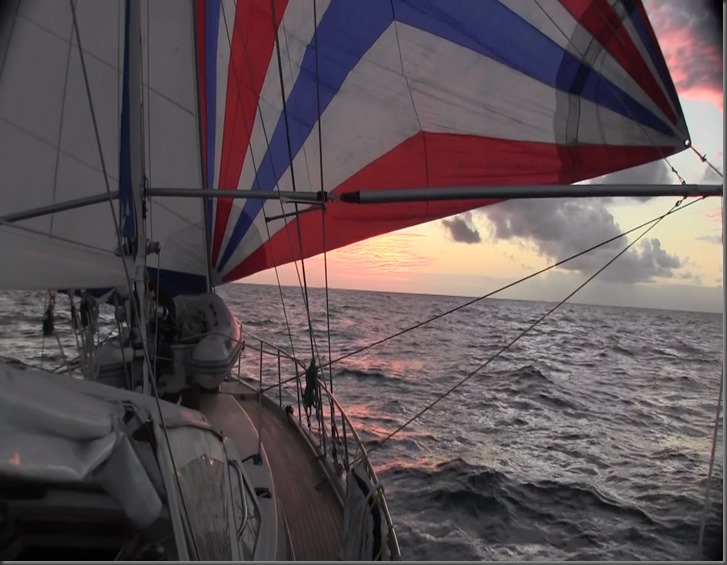 It seems like the universal Karmic scales have balanced for Delos, giving back in spirit what was taken from us last season.  Last year on this very same stretch of water Delos and crew were weary and tired from beating, beating, and  more beating while being lashed by squalls as we worked our way south from Cairns towards Bundaberg.  Now over a year later and headed north with the breeze at our back we covered more miles in 2 days than in 5 last season.  The skies are a clear blue, the breeze is fresh, Australia is to port and the Great Barrier Reef is to starboard.  Things are as they should be.

And to top it off we threw out the season’s first hand line and were rewarded with a beautiful and tasty yellow fin tuna within 30 minutes.  While cleaning and filleting we put the lure back in to untangle our mess (we’re a bit rusty) and accidently hooked a bill fish just a few minutes later!  Another first for Delos.  What a magnificent creature.  We weren’t quite sure what to do, try to get it on deck and risk being impaled, or try to get the lure out while hanging off the back of the boat and risk lacerations and a possible man overboard.  In a last-ditch effort the thing went berserk, wrapped the steel leader around it’s bill, and with a mighty flop sliced through it like a hot knife through butter.  Too cool! And problem solved.  Now if only we could get our hands on some Wasabi.