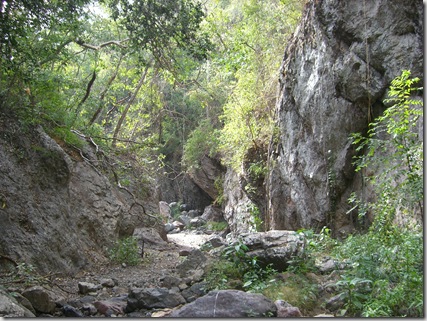 This area of Mexico is known as the Gold Coast.  Our latitude is just a tad over 19 degrees, putting us at exactly the same latitude as the big island of Hawaii which is 2900NM west of us.  The topography of the land consists of a low lying coast line covered in tropical foliage bordered by lush, green mountains.  The temperature is very moderate, never dropping below 75 with days hovering in the mid 80’s.

We spent New Years and the following week anchored in the beautiful bay of Tenacatita.  Tenacatita is one of those places where we immediately felt welcome and safe.  We dropped the hook in 30 ft of water nestled in the NW corner of the bay completely protected from any swell or wind.  The holding is good and there’s plenty of room for boats to spread out.  Our checklist for an ideal anchorage includes the following criteria:

2) Is there surfing close by?

3) Is there diving close by?

4) Is it remote and not touristy?

5) Can you dinghy to a village to provision?

Tenacatita scored high on all marks.  We rung in the New Year across the bay in La Manzanilla village where we discovered Jolanda’s restaurant run by a Dutch couple.  They traveled before ending up in Mexico so their menu was an impressive mix of Mexican, Asian, European, and American.  They had some of the best and most powerful margaritas we’ve ever sampled.  After dinner we walked around the village square checking out the local scene which included a very sketchy carnival ride that we referred to as the “death machine” run by a 11 year old boy.

A few days later we explored every beach in the bay in search of the perfect break.  In the afternoon we found a suitable break and anchored the dinghy just outside the line.  We paddled into the waves and had mixed success catching a few waves.  The waves closed out very quickly and very close to shore in shallow water.  What made this experience unique was the naked people that began to filter onto the beach as the evening progressed.  Apparently this small, attractive beach was accessible only from the exclusive looking resort perched high on the rock cliffs, or by our small dinghy bouncing happily just outside of the break.

Nude resort from beyond the break.

It wasn’t long before a stern, menacing looking security guard walked to the waters edge, crossed his arms, and gave us his best “land here and I’ll teach you a lesson look”.  Mexican security guards are a different breed than those back in the states.  This guy was dressed in black head to toe and wearing the tell-tale laced combat boots with the pant legs tucked in and ballooning out the top.   The uniform is indistinguishable from the Federales with the only difference the lack of a menacing assault rifle.  For all we know this guy could have been off duty making a little cash on the side.  We were certain of one thing- this guy wasn’t going to risk getting wet.  We had ourselves a Mexican standoff with him looking on disapprovingly from the shore and us pretending to ignore him.  As long as we didn’t wash ashore he couldn’t touch us so we continued surfing.  As the sun set the tide fell further and the waves became real board smashers in just a few feet of water right on the beach.  We took off, ending the standoff and paddled back to our dinghy.

In our surfing exploration we noticed a promising dive spot just a few minutes from the boat.  It was a pinnacle about 100 feet in diameter rising out of the water about 100 yards off the rocky shore.  The bottom topography promised for some cool diving so we returned the next day with a dinghy full of gear and tanks.  Having a compressor to fill the tanks has turned out to be crucial.  Lugging tanks to a  dive shop just isn’t practical in these remote places.  We anchored the dinghy about 30 feet off the pinnacle face  and had a great dive with a max depth of 60 ft while circumnavigating the base underwater.

The highlight of Tenacatita for us was the self guided dinghy trip through the jungle river, which is really a salt water tidal estuary lined with mangroves.  If you time the trip right you can ride in and out silently gliding along without the outboard.  We were a bit early on our entrance but after a lunch stop at the beach palapas at the end we caught the ebb perfectly, gliding along using paddles only to steer.  You see and hear so much more drifting slowly and quietly.  We were the only self guided boat and were passed by a number of pangas carrying vacationing Mexican families. They looked at us like were were absolutely nuts in our small dinghy padding slowly along as they breezed by.

On our last day in Tenacatita we decided to hike to a waterfall that we read about.  It was a nice hike into the mountains surrounding Tenacatita.  Unfortunately due to lack of rain there wasn’t much water flowing but we did find a nice pool at the top.

All too soon we had to pull up the hook and head 14 miles south to the town of Malaque, where Brady had a date with a bus to take him back to Puerto Vallarta for his flight back to Orlando.  On the short trip down we saw a squall that brought 30+ knots winds and 5 inches of rain in less than an hour.   We’ve never seen rain so heavy that it acted like a blanket of fog, cutting visibility to less a boat length.  We felt our way along the coast running on radar.   Delos got a much needed fresh water bath and handled the weather in stride as we motored directly into it and Brady’s scheduled departure.